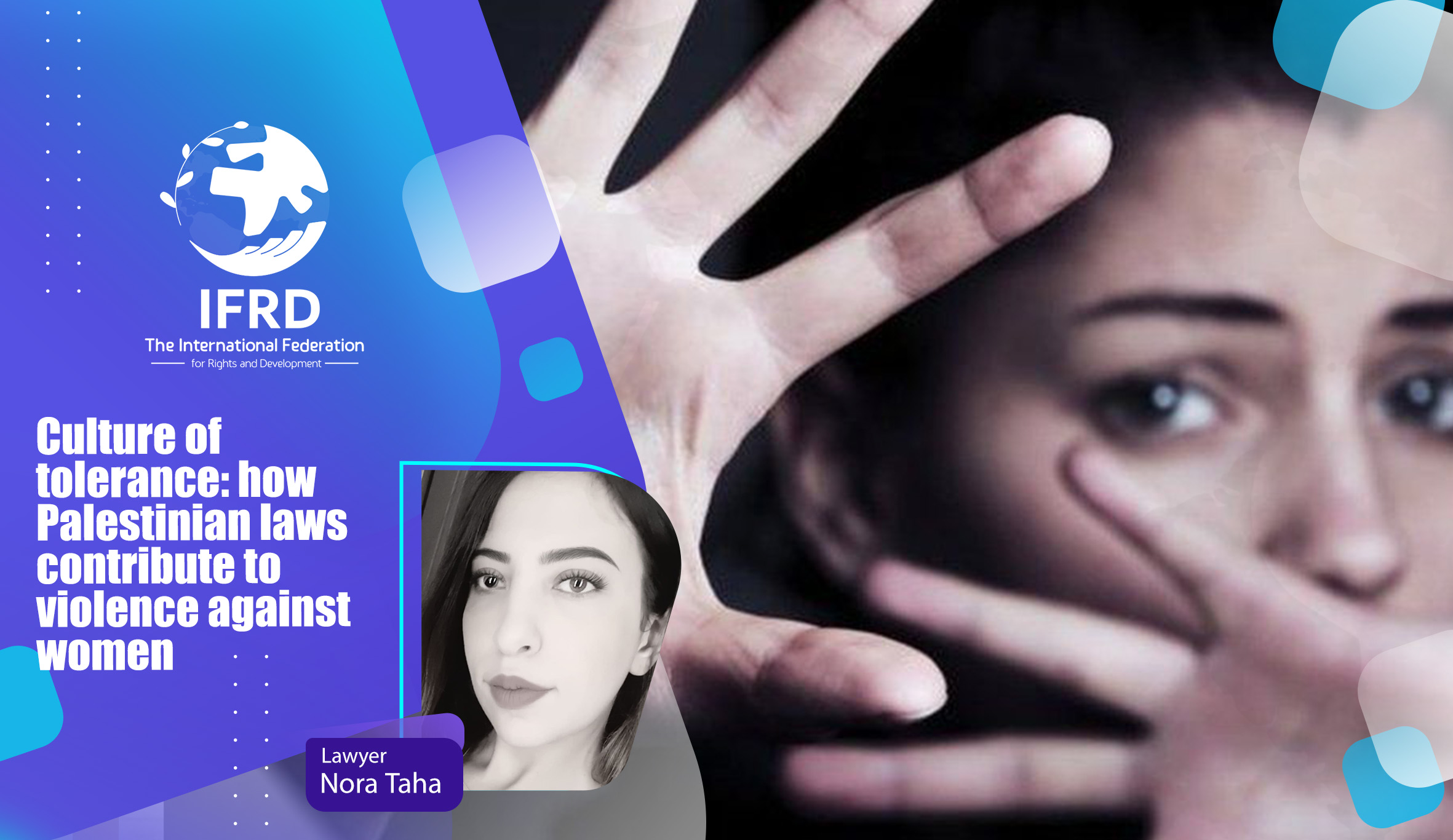 A suggestion of a family protection bill in Palestine in early 2020 has raised the heat of sensitive subjects in the Palestinian context. Social media flared with anger and sought that this step is a slap into the traditional role of the Palestinian families, and has hidden agendas that aim to attack Palestinian traditions.

These discussions continued to revolve around the negative role of such laws and how it will alter traditional gender roles, but disregarded that there’s an essential issue that needs to be addressed which is violence against women.

According to a survey conducted by the Palestinian Central Bureau of statistic ‘PCBS’,  29% of Palestinian women are subjected to violence, meaning 1 out every three women. physiological violence is documented as the highest type of abuse reaching 57% of reporting cases.

While these numbers are high, they may not even reflect the severity of the problem, and real numbers of violence against women remain unknown and undocumented.

Cultural, social, and economic factors all contribute to the prevalence of such acts; nevertheless, different aspects in the legal sphere in the Palestinian context remain a huge part of the persistent of such problems.

In the west bank the Jordanian penal code no 16 for 1961 is applied, while in Gaza the penal code no 74 for 1936 dating back to the British mandate era is applicable. Both laws are outdated, don’t provide any real protection, nor do they comply with international human rights standards. In addition, the fragmentation of the legal system subjects women in the Gaza Strip and the West Bank to multiple sets of laws, which afford varying levels of protection, given that some laws perpetuate customary practices and traditions that discriminate against women.

These laws have not only re-victimized women who were subjected to violence, but encouraged and supported a culture that tolerates violence. Provisions of the Jordanian Penal Code No. 16 of 1960, which applies in the West Bank, permits physical abuse against children. According to Article 62, “The Law allows forms of discipline exercised on children by their parents, as sanctioned by general custom.” Physical abuse in the form or hitting or beating is considered a ‘general custom’ in some areas of Palestine, including girls.

Not only the law legalizes forms of violence, it also provides impunity to certain acts, for example and until recently, The Jordanian penal code allowed in article (308) an impunity to the rapist if he married the victim, the law also provided mitigating factors in cases of homicide of women or what is called ‘honor-killing’ in article 98 and 99. These articles were repealed by a Decree law in 2018 which suspended their implementation. However, article (18) in the Penal code applied in Gaza still allows such mitigation for honor-killings crimes.

However, some articles and their lack of are still controversial, for example both laws don’t have broad concepts in relation to sexual violence within the matrimony limits, or verbal sexual abuse, or defining forms of violence against women.

In addition, Both penal codes don’t conceptualize violence against women, the penalties of any abuse that is impose is defined by the number of days the victim spends in treatments, mostly in assault cases a judge can dismiss the case as a minor offense,

No clear status for International conventions

The amended Palestinian basic law no for 2003 has stated in article (10) that the Palestinian authority should work on joining international conventions, but there’s no mention about its status or the implementation of the convention in the local system.

As soon as these conventions has entered into force, gaps in the Palestinian legal system indicating the implementation process has been revealed. To address such issues, the supreme constitutional court decision no.4/2014 in its session held on November 19, considered the international conventions to be superior to the domestic legislations as long as they are ‘in line with the national, religious and cultural identity of the Palestinian Arab people,”

The decision of the court held vague and broad terms that would give judges a major margin of appreciation, and could even be considered as a ‘local’ reservation to the articles of the covenant. This becomes clearly difficult when ‘national, religious and cultural identity’ has to be taken into consideration when deciding on cases related to violence against women, where violence is the norm.

Comparing the high numbers of documented cases in relation to the cases that are being reported and legally processed indicates a huge gap. According to the PCBS, less than 1.5% of women who reported violence have sought legal assistance.

Social and cultural norms are often a main factor for women who decided to reach or not to reach the legal system to report cases of violence. Most importantly, violence against women is sitll not taken seriously, and often considered a ‘moment of rage’ or a ‘transient fault’ that should be made a big deal.

According to a UN study 50% of Palestinian women and 63% of Palestinian men agreed that a woman should tolerate violence to keep the family together, hence women are often advised to tolerate the behavior of the predator in order to ‘save’ and ‘protect’ their families. Other women may be hesitant to report violence because there is no clear path in the aftermath of the case, they may be economically-dependent on their providers or simply don’t have a place to go to.

But for those who actually go through a legal process, they face social and cultural stigmas. Hidden structure of discrimination are revealed when women report cases, and a culture of impunity to males is manifested.

In addition, the legal procedures don’t make this an easy task, for example Article 6 of the Criminal procedure law no 3 for 2001the complaint is reliant on the victim or one of her relatives, this should be amended so the public prosecution would be able to press charges on behalf of the victim of the crime.

There’s no doubt that all women should have access to justice without discrimination, and that the legal process should be improved to be tolerant and gender-based friendly, but most importantly law should provide protection for any women that reports violence, the law should oblige the state to fund and integrate support services to assist women in need, and provide equitable access to these services according to to the different geographical spaces.